My laptop hard drive suffered major trauma on Thursday. Hopefully the repair shop can clone it to a new drive without charging me a million bucks. Until then posts are coming from my tablet. I started cutting out the Warhound. The head was the first page I did. The only thing I think could be improved on with the template is the addition of tabs where sides are supposed to be put together. I ended up taping the sides on the outside and dripping glue on the seams on the inside. It works but I don't think it's the best way to put it together. WIP picture below... 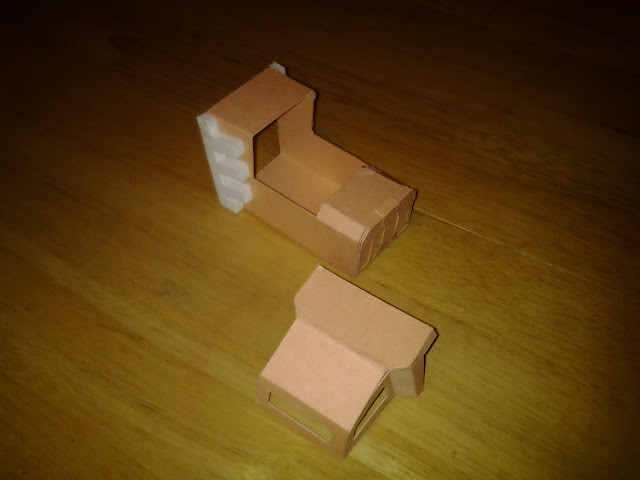 Email ThisBlogThis!Share to TwitterShare to FacebookShare to Pinterest
Labels: wreckage

Getting Some Orky Love 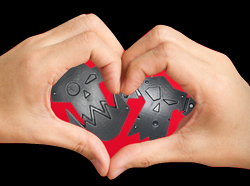 Still haven't had the time to get started on the wrecked titan. I did find the plans thanks to Timothy's comment. This page has a number of resources. Look at the list of vehicle templates for the Warhound. I printed of a couple of copies of the plans. I'm going to spray mount each page to some card stock, then cut if out. Might try on foamcore as well - not sure how that might affect the pieces fitting together though.

My youngest has gotten cabin fever (along with me), so we ventured out last night for a small game at our local hobby store. I'm slowly learning my Orks and got a chance to use them against his SM. We played a 550pt (that's all I've got so far) game. I'll let the pictures show where we were at the third turn and let you decide who won. 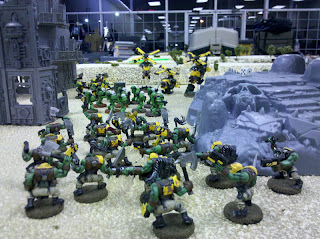 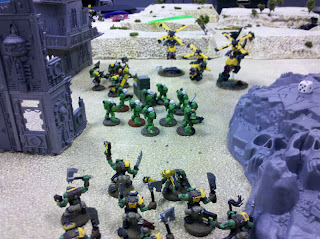 I didn't report back after the terrain contest. I lost. Oh well. Kind of disappointing - it was my two pieces and someone's airport looking piece built for Epic scale. It won. So life goes on.

I'm going to start on the wrecked titan this week. This was going to be my entry into the terrain contest  until I found out the contest had a "communications" theme. All I have of the template is a printout. If I can find it online again, I'll include the link in one of my posts. If anyone else knows where it can be found, please drop the address in the comments.

I've already decided on my next project after the titan. I really enjoyed doing the ork tower and the comms tower/short bastion. I want to continue with the ork theme and create an ork looted bastion. I'll start with the same bastion template I've used and almost complete the building. I want to leave at least one corner and most of its adjacent sides off - as if they have been blown off. Then build those sections up with orky construction. The finishing touch will be to paint the intact part of the bastion like an Imperial building and then come back and give it an ork make-over (some graffiti and other stuff). The ork constructed parts will be painted up similarly to my tower.
Posted by ddane at 10:12 PM 2 comments:

ddane
I am a father of five. My hobbies include playing 40k with my boys, riding my motorcycles and staying fit.